Kenneth John McPhee, universally known as Jock, was born at Danson Harbour, North Arm on September 13, 1921. His Mother Ellen died just four hours after his birth, leaving Jock and his two year old sister Florence in the care of their father Kenneth John McPhee Snr. His father re-married in 1924 to Grace Darling Biggs and a half-brother Pat McPhee also arrived on the scene. At the age 15 Jock left Stanley for North Arm to begin a career in sheep farming, although his ﬁrst job was 'house boy' for the North Arm Manager. He struck up a close friendship with another young lad, Ronnie Barnes and they became ﬁrm friends and workmates for many years. Eventually the two young men moved to Hill Cove where his sister was also employed as a maid to the Manager.

Ronnie married Jock’s sister, Florence (Florrie), and Jock was soon to marry Mary McKay, also a maid at the 'big house' with Florrie, and they moved to Main Point to live. Florence and Ronnie went to Shallow Bay. Sadly during a move to Saunders Island Mary became ill with appendicitis. There was no air service in those days so Mary had to face an uncomfortable sea journey in a cutter from Saunders Island to Stanley where she sadly died. Jock moved to Stanley and took up employment with his father in the haulage business and in 1951 he met June Sorensen who was a school-teacher and nurse. They soon married, and the following year their daughter Trudi was born. Jock still had a hankering for the farming way of life and was offered the position of shepherd at Mount Pleasant under the management of Jim Clement of Fitzroy.

Jock soon became head shepherd and established himself as a reliable, efﬁcient, hard-working, knowledgeable and respected Camp man. The couple were known then, and all of their married lives, as being kind and hospitable to visitors. Despite plans later to emigrate to New Zealand and just a few days before the McPhee family was due to leave the Falklands, Jock received an unexpected phone call from Jim Clement who offered him the position of Manager at Green Patch Farm. The farm was owned by the FIC, and they were planning to build another ﬁve houses and a new bunkhouse. It was decided that Jock was exactly the man they needed to supervise the transition and manage the new settlement. Needless to say Jock McPhee built up Green Patch in the way that the FIC knew he would; strong management decisions, ﬁrm but fair leadership, expert stockmanship and being utterly reliable. In the late 1970s "sub-division" became the in-word in the Falklands and Green Patch was chosen to be the ﬁrst large farm to be sub-divided under the recommendations of Lord Shackleton. To everyone’s amazement Jock did not accept the post of Manager of Goose Green, which was offered to him by the FIC deciding instead to apply for a prime section of the land at Green Patch. He was successful and he named the farm Brookﬁeld. Jock thoroughly enjoyed the challenge of owning and running his own farm and his policy of not over-stocking paid dividends as the quality of wool improved greatly. Sadly, because of ill-health, the McPhees were required to move to Stanley in 2010 but their hospitality never wavered and they enjoyed a regular ﬂow of visitors to their ﬂat on St Mary's Walk. Right up until the end at 92 years, Jock was, as Trudi aptly put it: "as sharp as a razor."

Information taken from a piece Written by Patrick Watts MBE from details provided by Trudi, Mark and Charles. 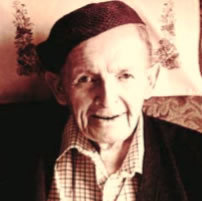