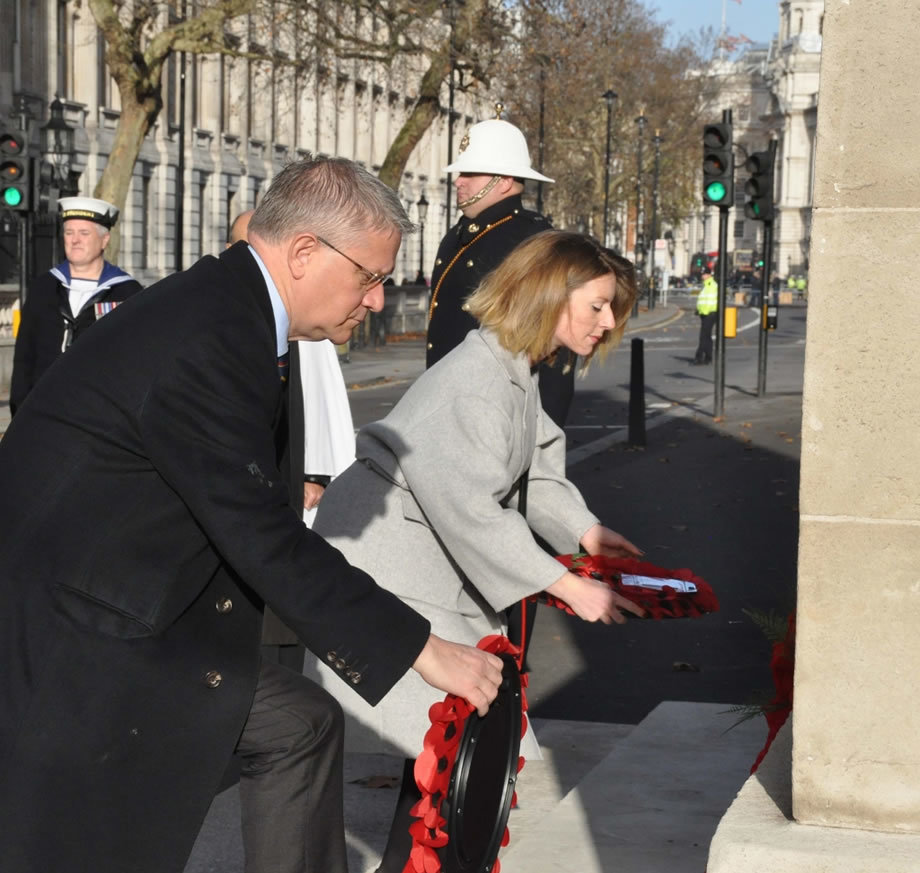 The Falkland Islands Association (FIA) held its annual Battle Day ceremony at the Cenotaph in London on Saturday, 8 December 2018.

The service commemorates those who fought and gave up their lives in the First World War naval battle off the Falkland Islands on 8 December 1914, when the Royal Navy defeated the German naval squadron under Admiral von Spee. The commemoration has since been extended to cover those who were killed or injured in WWII and the Falklands Conflict in 1982 protecting the Falkland Islands from external aggression.

The Parade Marshall was Col Mike Bowles (ret’d), a 1982 veteran and former chairman of SAMA82. Escorts to the colour party were provided by Royal Navy reservists from HMS President and sea cadets from Pangbourne College. A Royal Marine buglr sounded the Last Post and Reveille.

Brig. Aldridge inspected the parade I front of the Foreign & Commonwealth Office (FCO) before their dismissal. Members and invited guests then moved to the Royal United Services Institute (RUSI) at 61 Whitehall for the FIA’s Annual General Meeting and luncheon. 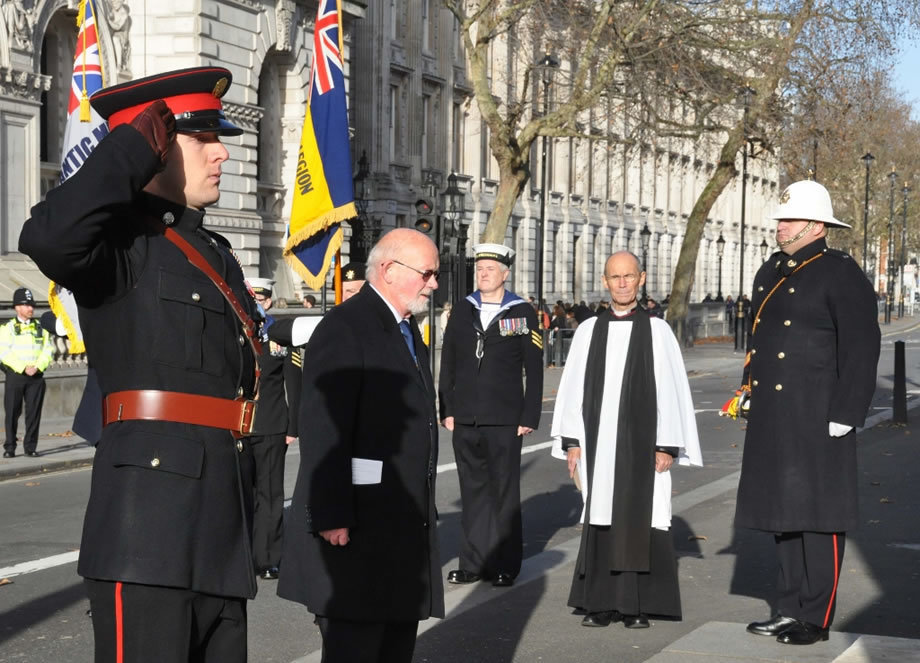