One of the most highly regarded veterans of the 1982 Conflict, uniquely honoured by both sides for his work in saving the lives of UK and Argentine troops whilst running the Ajax Bay field hospital in the Falklands, Surgeon Commander Rick Jolly died peacefully at his home in Cornwall on 13 January 2018. After the war, he co-founded the South Atlantic Medal Association (SAMA82) and campaigned tirelessly on behalf of Falklands veterans to publicise the impact of post-traumatic stress disorder (PTSD) in the Armed Services. His death prompted a tsunami of messages from both veterans and serving personnel, wanting to acknowledge his courage and dedicated work on their behalf.

In 1980, Rick Jolly took command of the Royal Marines Medical Squadron, 3 Commando Brigade which put him in a key position in 1982 to organise the field medical arrangements to support personnel injured during the Falklands conflict. Early on, he flew to Gibraltar to advise on the reconfiguration of the civilian SS Canberra as a troop ship on which he travelled down to the Falkland Islands. He gave first aid training to the troops on board, worrying some with the graphic slides of injuries sustained in combat.

The SS Canberra had to be stationed outside the 200 mile zone because of its vulnerability to air attack. So Rick Jolly was ordered at short notice set up the main field hospital in Ajax Bay across the water from San Carlos. This was located in a derelict meat processing plant, where facilities were hardly fit for purpose. It was not possible, under the Geneva Conventions, for the roof to be painted with a red cross to identify it as a hospital to attacking Argentine aircraft because it was located near ammunition dumps and other military installations. So Rick Jolly’s medical team of 120 doctors, nurses and medical assistants had to work in dangerous, poorly lit and squalid conditions. The area came under attack from Argentine planes on several occasions – and operations had to be conducted for the duration with two unexploded bombs lodged in the roof.

Over 1,000 casualties were treated in Ajax Bay and the two forward stations eventually established in Teal Inlet and Fitzroy of which 650 were the result of combat. Of these, only three subsequently died. In all, 202 major operations were performed at Ajax Bay with another 108 at Teal Inlet, Fitzroy and on the hospital ship SS Uganda. Approximately 30% of the casualties treated were Argentine (source: ‘Official History of the Falklands Campaign’ by Sir Lawrence Freedman, pub. Routledge 2005, Vol. 2 pp. 609-610).

Rick Jolly displayed real courage during the war. For example, when flying in a helicopter to evacuate injured survivors from an Argentine air attack on HMS Argonaut, he was lowered in a harness, despite not wearing an immersion suit, to rescue two sailors from HMS Ardent who were struggling in the frigid waters. He was an ebullient, self-confident leader who did much to maintain morale amongst British troops and to warn of the problems of trench foot and other problems caused by the cold and damp conditions.

After the war, he was awarded an OBE (Military Division) and wrote a personal account in his book ‘The Red and Green Life Machine: Diary of the Falklands Field Hospital’ published in 1982 (since republished as ‘Doctor for Friend and Foe: Britain’s Frontline Medic in the Fight for the Falklands’ in 2012).

He retired from the Royal Navy in 1996 but kept in close touch with veterans of the conflict. In 1998, when Carlos Menem, President of Argentina, visited the UK – the first Argentine Minister to do so since the Falklands conflict – he arranged for Menem and some accompanying Argentine veterans to meet British veterans over an informal dinner in a London restaurant. Discussions revealed that the Argentine side had been unaware of the level and extent of medical attention given to Argentine troops by UK medical teams: Argentine propaganda had also suggested that captured Argentine troops would be ill-treated. In 1999, Rick Jolly travelled to Argentina during the Prince of Wales’s visit – and at an investiture, attended by many of the Argentine soldiers on whom he had operated, he received the prestigious Argentine award of officer of the ‘Orden de Mayo’. Since this was a foreign honour, he had to seek the prior permission of HM the Queen to accept it. He was given permission to do so and to wear it on all occasions.

Born in Hong Kong in on 29 October 1946, he was educated at Stoneyhurst College and studied medicine at St Bartholomew’s Hospital Medical College, qualifying in 1969. He joined the Royal Navy Reserve, completing the Royal Marines Commando course in 1972. He was deployed to Belfast, Northern Ireland as medical officer of 42 Commando Royal Marines (RM) where he also worked alongside the 3rd battalion Parachute Brigade (3 Para).

During his 24 years in the RN, he served two tours with the Fleet Air Arm; as officer in charge of medical officer recruitment and training in the training ship HMS Bristol in Dartmouth; and also at the Royal Naval College, Dartmouth. He retired from the Royal Navy in 1996.

In 1997, he co-founded the South Atlantic Medal Association (SAMA) working hard for the benefit of veterans of the Falklands Conflict and drawing attention to the harsh realities of post-traumatic stress disorder (PTSD). He led a large group of veterans to the Falkland Islands on the 20th anniversary of the conflict and with his co-founder, former paratrooper, Denzil Connick, was an Honorary Vice-President of SAMA. He took a Defence fellowship at University College London to study the potential effects of chemical and biological warfare on ships’ crews.

Richard (‘Rick’) Tadeusz Jolly died peacefully at home in Torpoint, Cornwall of 13 January 2018, aged 71, and is survived by his wife, Susie (née Matthews). Their son, James, predeceased him. The funeral is to be held at HMS Raleigh, Torpoint, Cornwall on 10 February. 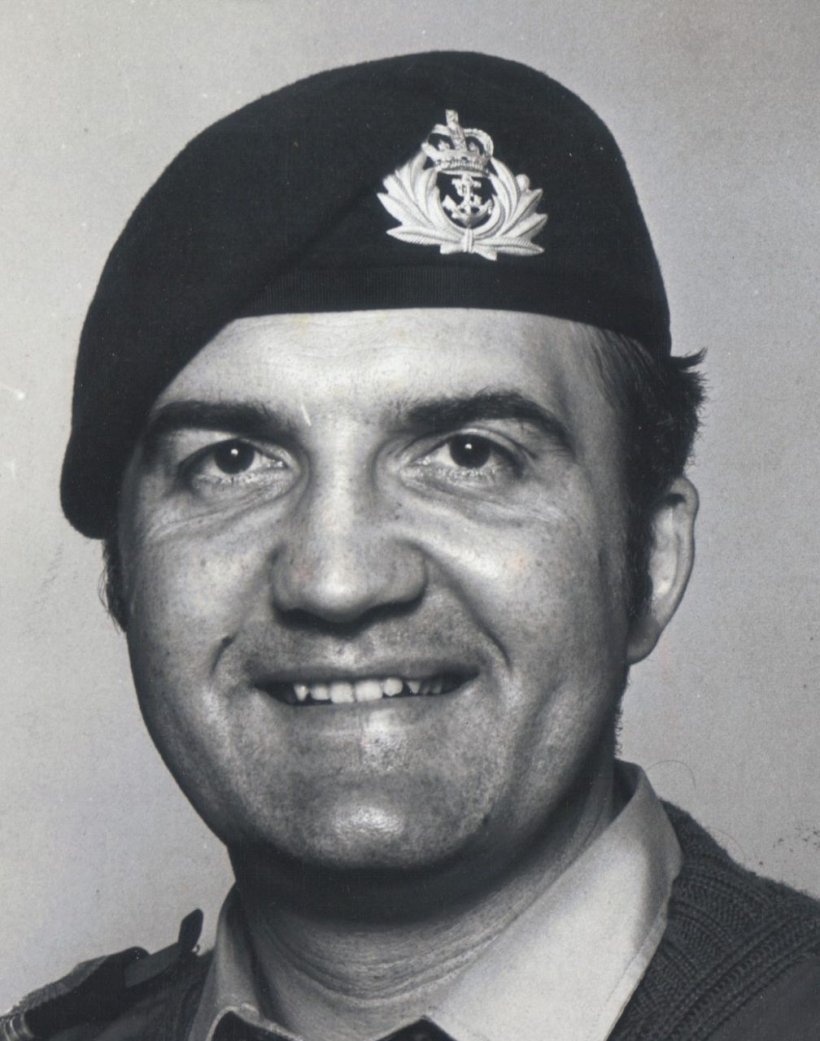