Andrew's parents were part of the farming community pre 1982, growing up in the Camp and then in Stanley post 1982 he enjoyed all the Falkland Islands and its way of life has to offer. Opportunities in 1987 led to a short career in the Merchant Navy and then 23 years as a civil servant for the Falkland Islands Government in the aviation and regulation fields. For the last 15 years he has supported a number of local charities and has involvement in other local organisations and events in order to contribute to the local community. He currently works in the Falklands private sector in the fisheries and Oil and Gas sectors.

Gerald was born in 1941 and his father at that time was employed at Hill Cove. In 1946 the family moved to Stanley and Gerald has lived there ever since. AT the completion of his education at the Senior School he commenced work for FIG at the Power Station as an apprentice electrician and remained working there until 1976 when he secured the new post of trainee air traffic controller in preparation for working at Stanley Airport, which was opened for operations in 1977. He spent most of 1976 training with the Civil Aviation Department in England.

Following his final 21 years working for FIG as the Director of Civil Aviation he retired in 2011 and since then has been working as a tour guide.

He joined the Falkland Islands Committee when it was originally formed in 1968 and has remained as a member ever since. During the Argentine occupation of the Islands he, together with other Islanders, including Velma Malcolm also a member of the Committee was arrested by the Argentine Military Police and transported to Fox Bay East, where there were several hundred Argentine troops stationed, and was retained there until the Argentine surrender.

A fifth generation Falkland Islander Nina was born and raised in the Falkland Islands.  She left in 1994 to continue her education, firstly at Peter Symonds College in Winchester.

In 1999 she gained a BSc Hons in Diagnostic Radiography from Cranfield University and joined the NHS.  She continued studying part time and gained a PGDiploma in Medical Ultrasound in 2002.

After working through the UK and Gibraltar she returned to the Islands in 2007 to take up a contract at King Edward Memorial  Hospital.

She continues to live in Stanley with her husband, Stephen, and three children. 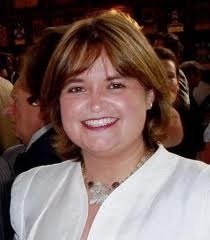 Emma is a 6th generation Falkland Islander, born to Norma and Roger Edwards, in Portsmouth in 1971. Her first trip to the Islands was at the age of 2, whilst her father was serving on board HMS Endurance. They returned as a family in January 1983 and her parents bought part of Fox Bay West in 1985. Before going to Peter Symonds College in Winchester, she worked as a knitter in the woollen mill at Fox Bay.
After her A Levels, she went to Queen's University Belfast and studied Geology, then returned to the Islands working for the Falkland Islands Government at their Junior Geologist and mapped the islands geology. After the mapping project was complete she returned to the UK and studied for a Masters Degree in Petroleum Geology, graduating the year the oil price crashed, so returned to the Islands and worked at FIDC looking at the economic geology potential onshore, before joining Cable & Wireless as their Customer Service Manager. During this period she started working on Antarctic Cruise ships as part of their expedition team, lecturing on the geology and driving zodiacs through the ice.
She realised she wanted to use her degree, so retrained at Exeter University, to become a Geography Secondary school teacher. She has been a reserve Police Officer for over 18 years and plans to retire from this in mid 2017. She also stood for election in 2009 and was elected as a Member of the Legislative Assembly for Stanley. Today she works as the College Development Manager at the Training Centre, delivering a variety of training programmes to FIG staff and members of the public of all ages. She loves the Falklands and the natural history of the Islands and enjoys passing on her knowledge to visitors.

I was born and grew up in Stanley with my younger siblings. After finishing schooling in the Falkland Islands I attended Peter Symonds College where I gained my A-Levels. I am proud of my family ties to the Falklands; one of my ancestors was a stonemason who built many iconic sights around Goose Green, including the stone Corral in Darwin Settlement.

I returned to Falklands after completing her studies, as I had always planned, and joined the Fire Service as a Retained Firefighter in 2013 alongside my full time job. Three years later I was successful in gaining full time employment with the Fire Service and since then, I have travelled to the Fire Service College in the U.K. to become the Falklands first female Firefighter to obtain official firefighting qualifications. I now live in Stanley with my partner, Keiran, where we have built our home. I continue to develop my interests in education and wildlife through volunteer work with the Girl guides and Falklands Conservation. I have previously represented the Falklands at the Commonwealth Youth Parliament and have a keen interest in local politics and the future of the Islands.

Ailsa is the daughter of a Scotsman and a Falkland Islander of many generations and has lived in the Islands all her life. In 1978 she married Tony Heathman and has two daughters and three grandchildren all residing in the Falkland Islands. Ailsa and Tony were able to purchase Estancia Farm in 1980 following the first sub-division of Green Patch Farm resulting from the fiscal study of the Islands commissioned by the British Government in 1976 and led by Lord Shackleton. They have lived and farmed at Estancia ever since but in the past 15 – 20 years they have also become increasingly involved with tourism when low wool prices forced diversification. In any spare time, Ailsa tries to keep abreast of issues within the Islands and the outside world as well as corresponding with a wide number of family and friends here and overseas. 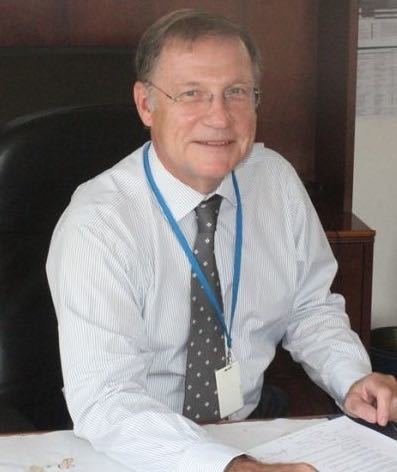 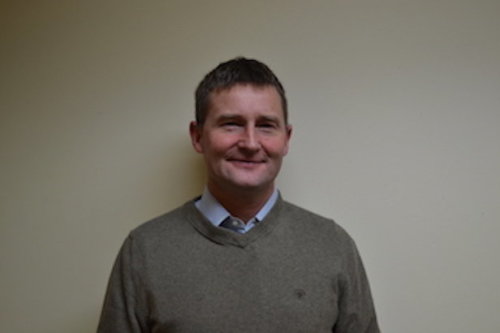