On the 12th June 2013 the Falkland Islands Government invited guests, friends and supporters to The Great Hall at Lincoln's Inn, in London for their Annual Reception.

The gathering included Peers, MP's, several former Governors, and former Commanders of British Forces in the Islands; several Falkland Island students attended together with visiting Islanders currently in the UK. Representatives of the MOD and FCO were present alongside veterans of the 1982 conflict. There was a large contingent from the FIA and other UK organisations that support the Falklands. 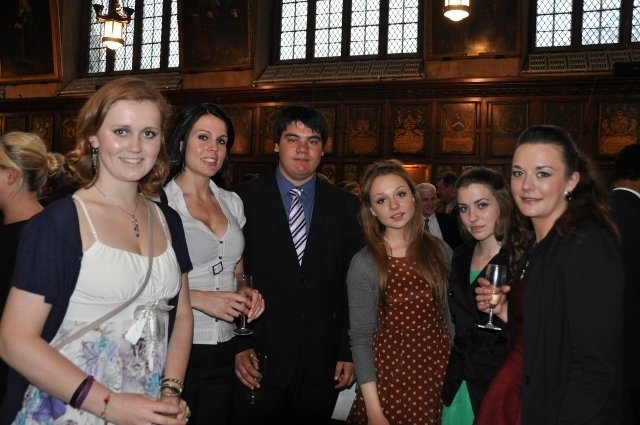 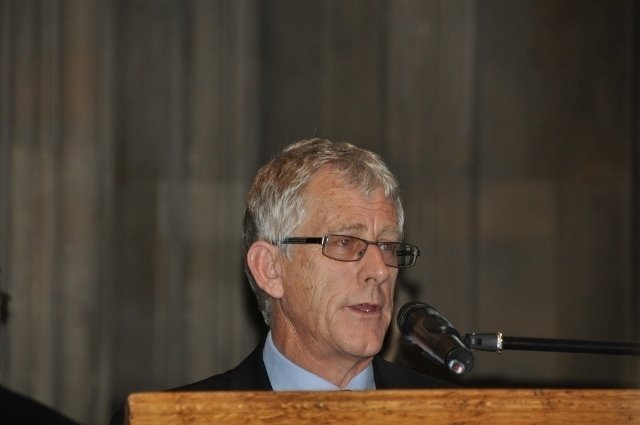 MLA Dick Sawle addressed the gathering and referred to the Referendum which resulted in a 99.8% vote in favour of remaining a Britiish Overseas Territory. He also mentioned the passing of Lady Thatcher and Sir Rex Hunt, two true friends of the Falkland Islanders.

For a full text of his speech click here

Alan Huckle, Chairman of the FIA, read an exchange of letters with HM The Queen and then proposed the Loyal Toast. As the weather outside the hall was inclement the RAF Band came inside to Beat Retreat and the salute was taken by Air Commodore Peter Johnson. 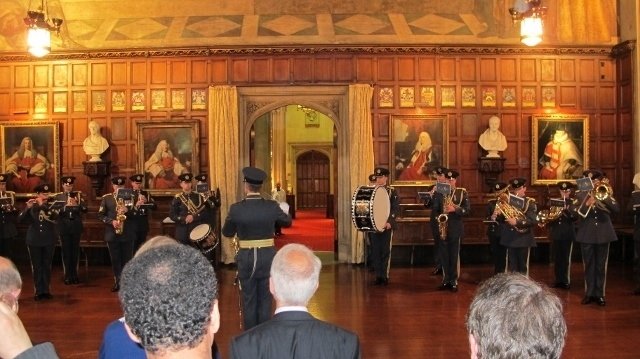