‘Supporting the right of Falkland Islanders to decide their own future’

1. The aim of the FIA is to support the right of Falkland Islanders to decide their own future. The key tool of this is an effective communications strategy that ensures systematic and coordinated delivery of key communications objectives to influence the attitudes and behaviours of our target audiences.

2. The modern information and media environment is characterised by instantaneous global scrutiny by conventional media and (crucially) directly by individuals. With its flow prevalent, potent and unavoidable, information is thus a strategic instrument, with influence the desired product. Effective communication of our strategy thus demands that it be capable of simple explanation, hence its deliberate brevity and the simplicity of its core narrative or ‘drumbeat’ - the right of self-determination.

3. Whilst entirely independent of both, it is axiomatic that FIA communications remain coherent with those of the Falkland Islands Government (FIG) and whenever appropriate with Her Majesty’s Government (HMG) in the UK (the lead department being the Foreign Commonwealth and Development Office (FCDO)). That said, there will be occasions when its independence affords the FIA more latitude in its messaging, unconstrained as it is by the political and diplomatic niceties that constrain both the FIG and FCDO.

4. Whilst this strategy is intended primarily for detailed use by the FIA Executive Committee (Exco), all FIA members have an important communications role to play in furthering the aim of the Association, and this strategy thus provides a ‘handrail’ for the membership. ‘Understanding’ is the key communications objective for the wider membership, to enable them to grasp engagement opportunities at a local level and be prepared to engage proactively, should national lobbying be required. To this end, a standing brief on the Islands will be maintained, together with exemplars of letters to local MPs, rebuttals to newspaper editors and so on.

5. The objectives of this communications strategy are fourfold, in descending order of priority:

a. To foster support for the Falkland Islands, its sovereignty and its right of self-determination.

b. To foster understanding of the modern Falkland Islands and its people.

c. To counter Argentine and other narratives which seek to undermine the right of Falkland Islanders to   decide their own future.

d. To reassure Falkland Islanders of the continuing support of the FIA.

6. The main challenge is to build and maintain a nuanced understanding of our key target audiences, with whom our aim, narrative and enduring messages need to resonate. These audiences, in descending priority, are:

a. UK. Public opinion, and by extension that of their elected representatives, constitutes the main effort for FIA communications, given that the principal threat to UK sovereignty would be a lack of HMG resolve. Whilst in this, the 40th anniversary year of the FI Conflict, it is remarkable how the FI still resonates across the UK political and popular psyche, evoking enduring media interest, this cannot be taken for granted, with time and demography representing an inexorable potential challenge. Linking to our objectives, key to maintaining support in the UK will be promoting understanding – whether this be through formal FIA activity or through the wider informal network of the membership. Diligence and proactivity are key. Should HMG ever waver, surge activity will be required, including the mobilisation of coordinated activity by the entire membership.

b. FI. The FIA reserves the right to determine its own communication strategy but given the objective to reassure the Falkland Islanders, coherence with the FIG is critical. Indeed, notwithstanding current UK sovereignty, the FIA must of course be prepared to support the Falkland Islanders should they decide otherwise in the future. Thus, coherence with FIG takes priority over that with HMG, should there be a divergence between the 2. The Stanley Committee have an important role in guiding Exco on such matters accordingly.

c. Latin America (excluding Argentina). Geopolitical realities and a shared colonial legacy provides a potentially sympathetic audience across Latin America for Argentinian influence and messaging. As with all international engagement, regional messaging is best left to the FCDO and the FIG, but the FIA should stand ready to scrutinize and support this when appropriate, especially regarding Chile, with whom the Falkland Islands have particular social and economic interests.

(1) Saving our Breath. There is little prospect of any fundamental shift in the Argentine political and constitutional position regarding the Falkland Islands. Notwithstanding their propensity never to let the facts get in the way of a good story, the Argentine Government talk a good fight when it comes to the Falkland Islands. They have a consistent, simple drumbeat (‘Las Malvinas son Argentinas’), aligned across government and society. They are relentless, proactive (domestically and importantly, internationally) and rarely miss an opportunity. Argentine public and political opinion in themselves therefore are not a priority for FIA communications. What is crucial however, is that their narrative be countered outwith Argentina itself.

(2) Countering the Narrative. Despite its invariable factual flaws, the Argentine narrative can achieve a frustrating degree of traction, both regionally and internationally. Maintaining a ‘dignified silence’ in order not to add credence to this narrative would be akin to playing tennis whilst the opponent always get to serve. However, in countering the Argentine narrative, the FIA must remain highly selective. The UK has a compelling, simple drumbeat of its own - the inalienable right to self-determination - that trumps all other considerations. Consequent messaging should be simple, direct and focus upon the big issues, avoiding the historical, legal and diplomatic minutiae peddled by Argentina. In the case of historical analysis, attention should focus upon the major events that underpin the sovereignty case - for example, countering the Argentine ‘Expulsion Myth’ of 1833. Importantly, countering the narrative must never stray into, or be conflated with, being anti-Argentine, rather it must be pro-Falkland Islands.

7. There is no doubt over the UK’s sovereignty of the Falkland Islands, subject only to the principle and inalienable right of self-determination for all Falkland Islanders, as enshrined in Article 1 of the UN Charter.

8. In the 2013 Referendum, 99.8% of Falkland Islanders wished to remain an overseas territory of the UK. Nobody else’s opinion matters. Argentina must respect those wishes.

9. The Falkland Islands are a vibrant, successful, modern and diverse island community. They are proud custodians of their unique environment, culture and heritage.

10. Apart from foreign affairs and defence, the Falkland Islands are self-governing and economically self-sufficient.

11. The UK’s military presence in the Falkland Islands is the minimum necessary to deter military aggression, reassure the Falkland Islanders and maintain UK sovereignty. Its posture is demonstrably defensive and represents no threat to the region, with the cost to the UK taxpayer being less than 0.5% of the MOD budget. 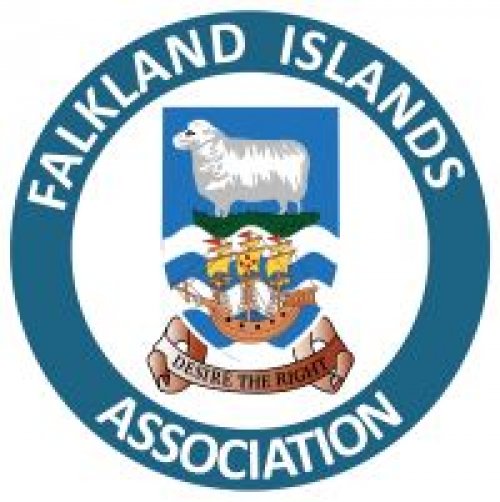