Sadly, Ted Clapp MBE, our former Honorary Secretary, Treasurer, Membership Secretary and Vice President died at home yesterday, 26 March 2021.  The FIA as we know it would not be here without his steadfast support since the early 1970s when he first became involved as an Honorary Member due to post as Head of British Antarctic Survey in Port Stanley; together with Merle Christie he was crucial to the FIA's continued existence in the 1980s.

We wish Jean, Karen (our current Membership Secretary) and Kevin all good wishes.  Ted was a very special gentleman.

A photo from the the FIA Newsletter Number 101 October 2011. 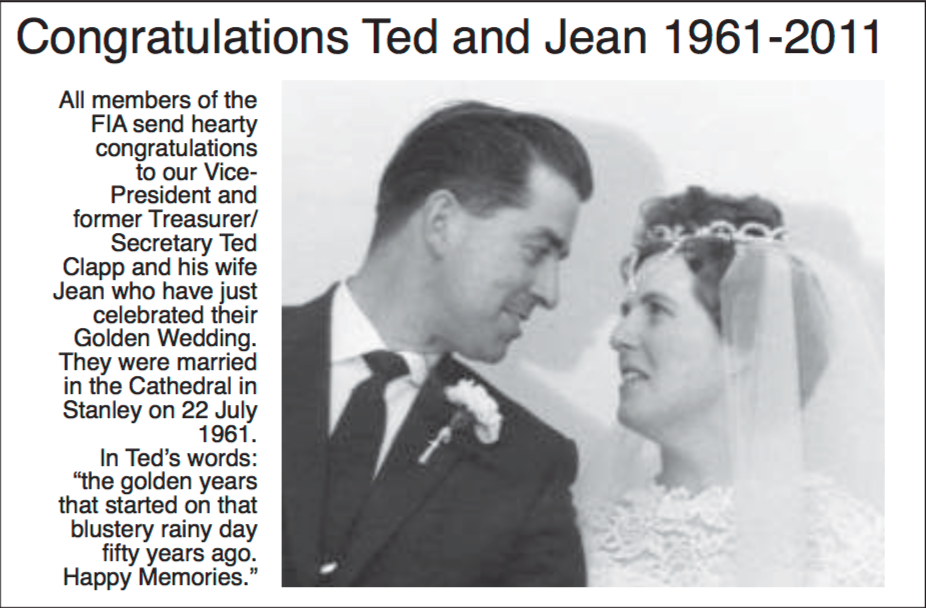